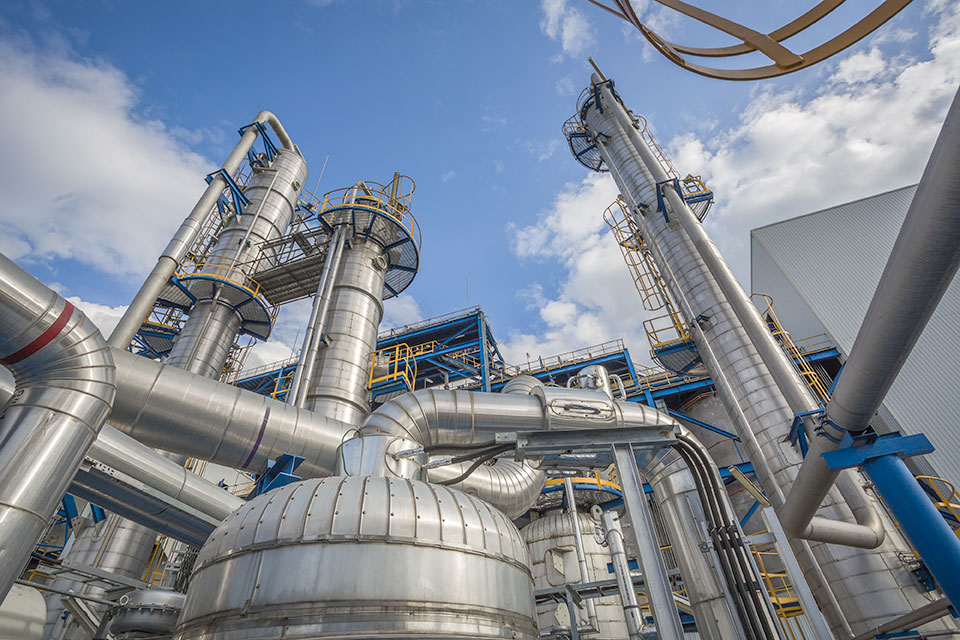 Distillation is used to separate mixtures of liquids by exploiting differences in the boiling points of the different components.

The technique is widely used in industry, PSC is able to design and provide distillation systems for:

The distillation process is performed into a column, containing several trays or random packing or structured packing, which fit horizontally across the column and are designed to ensure there is intimate mixing between the descending liquid, formed by condensation, and the rising vapour. To effect this close contact, the trays have holes in them (‘the sieve’) through which the vapour flows up into the liquid collecting on the trays.

Alternatively, there may be valves fitting over the holes, which lift up when the pressure of the vapour below the tray is greater than the pressure on trays. These are considered to be more efficient in fractionation than sieve trays without valves.

A temperature gradient exists in the tower, the top being cooler than the bottom. When the rising vapour reaches a tray containing liquid whose temperature is below the boiling point (bp) of the vapour, it partially condenses. As some of the vapour condenses to a liquid, the dissipated latent heat then heats more liquid, and the more volatile components in the liquid evaporate joining the remaining vapour and passing up the tower. The less volatile liquid flows across the tray and down a pipe to the tray below.

This process occurs continuously in each tray, the least volatile vapour components condensing and the most volatile evaporating. This results in each tray containing products with a comparatively narrow boiling point range (called a ‘close cut’ of products). This leads to the low relative molecular mass products (low bp) accumulating near the top of the tower and high relative molecular mass constituents (high bp) collecting near the bottom (Figure 1, Typical distillation scheme). 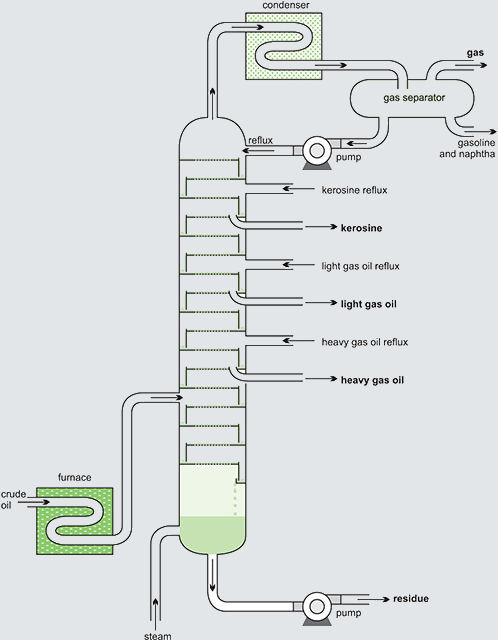